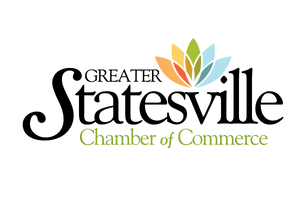 Improve Your Networking Results with a Four-Point Plan 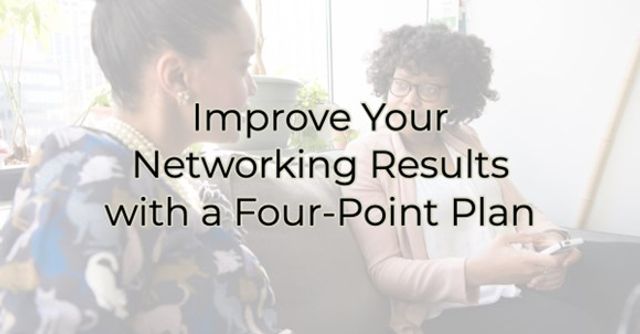 If you joined the chamber to meet new people, grow your network, and get more customers, you’re on the right track. But do you have a plan to make the most of your time investment? If not, you need one.

What Am I Doing Here? Map Out an Effective Networking Plan

There may be many reasons you’re interested in that networking event. First, ask yourself who it is you want to meet. Are you there for:

·   People in your target market

·   Vendors that provide services and items you need for business

·   Partners or complementary service providers (partnering with the healthy juice bar when you’re a gym, can be mutually beneficial)

·   Industry peers for a best practice exchange or referrals

Beth Bridges, the Networking Motivator acclaimed speaker and author of several books on networking, says “A smart networker never goes to a networking event ‘hoping’ to find a prospect. Instead, they will be ready to act on one of several very specific plans that they will have set in advance—or are ready to pivot to—if the event turns out to be something different than they anticipated.”

Networking Plan 1: Meet "The one."  If you know who is attending in advance, research and choose one or two people you must absolutely meet. When you walk in the door, tell the host "I am here to meet Pat Vang. Are they here yet?"

Networking Plan 2: Build social capital. Walk into the event with something to offer. An event invite (a private mastermind? an online speed networking event?), a line on a new business opening, or a great webinar (not necessarily yours!). Anything that gives value to other people so that you can build up your social capital with them for future use.

Which brings us to Beth’s third suggestion on how to make the most of your networking time. She advises:

Networking Plan 3: Get a referral or resource. If you don’t have a guest list for the event but know the audience type (i.e. CEOs, accountants, solopreneurs), hone in on a problem that type of person could solve for you with a referral or resource. When meeting someone, your intro remarks end with "I'm here to find someone who knows a good bookkeeper / copywriter / etc."

But there might be something else you can take away from networking. How about a fourth plan of action?

There’s a group of people you might not be thinking about when it comes to networking. And yet, they may be able to shape your company culture and help you grow much faster than you would’ve expected.

Well, it’s different for everyone.

Networking Plan 4: Find a Solution. Think about the proverbial, “what keeps you up at night?” question. There’s a problem you’re likely struggling with. There’s also a professional, company, or industry out there that has solved your problem. Let’s look at an example from Henry Ford. He wanted to make cars more efficiently, so he instructed his employees to place the car parts in a line on the floor making them easy to access. While that reduced some of the time required, shaving a few hours off the original 12 it took to build a car, there were still hiccups. He thought there had to be a quicker way.

So, he studied flour mills, breweries, and meat packing plants (or maybe he went to a chamber networking mixer and talked to professionals from those industries; who’s to say?). By studying how they mechanized their systems, he used pieces/ideas from each and created the first moving assembly line for the mass production of an entire automobile. He reduced the time it took to manufacture from over 12 hours to one hour and 33 minutes!

With that change he could afford to produce cars for less, making them available to a greater number of people. This revolutionized not only his business but car production in general. All because he spent some time thinking about other businesses and their mechanization practices!

I recently talked to a rocket scientist (yes, really) who pulled methodologies from tech companies to learn quickly and fail often. He looked outside of his company to find a way to make his business goals attainable.

At your next networking event, know that there’s someone who has already solved the problem you’re facing. They may not be in the same business or industry but the lessons they learned are likely still applicable. So, when you’re making a list of networking interests, think about the problems you face and strike up a conversation asking other attendees if they’ve faced the same. You may be pleasantly surprised by the insights and advice they can give you. Plus, that type of in-depth beginning conversation and sharing can lead to much deeper relationships down the line.

Christina R. Metcalf (formerly Green) is a marketer who enjoys using the power of story and refuses to believe meaningful copy can be written by bots. She helps chamber and small business professionals find the right words when they don’t have the time or interest to do so. Christina hates exclamation points and loves road trips. Say hi on Twitter or reach out on Facebook. 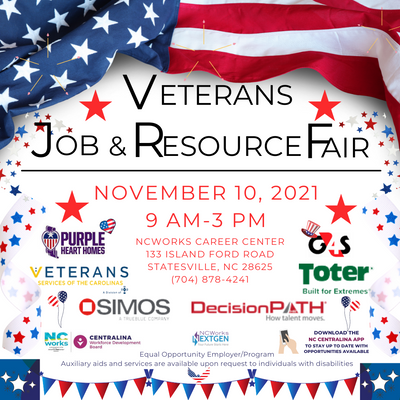 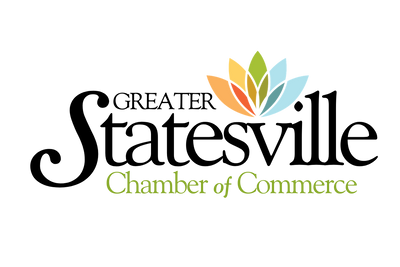 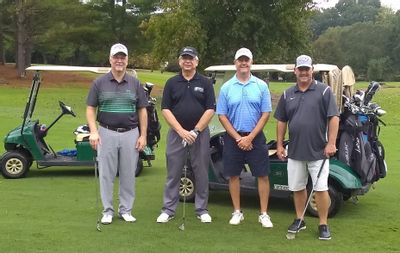 Congrats to the golf tourney winners! We had a great time at the Piedmont Healthcare Birdies, Bogies & Business Golf Tournam...
Read More 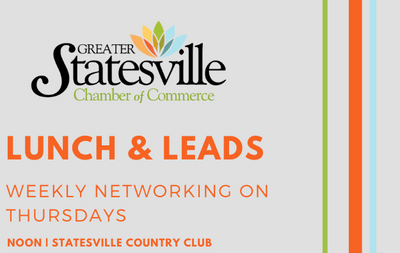 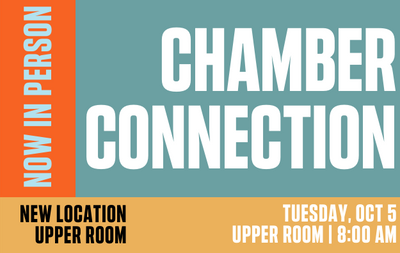